Former UFC welterweight champion Tyron Woodley will be making his professional boxing debut as he takes on social media influencer turned prizefighter Jake Paul in an 8-round boxing affair. The bout, which will be contested at a 190-pound catchweight, will be held at the Rocket Mortgage Fieldhouse in Cleveland, Oh, on August 29. 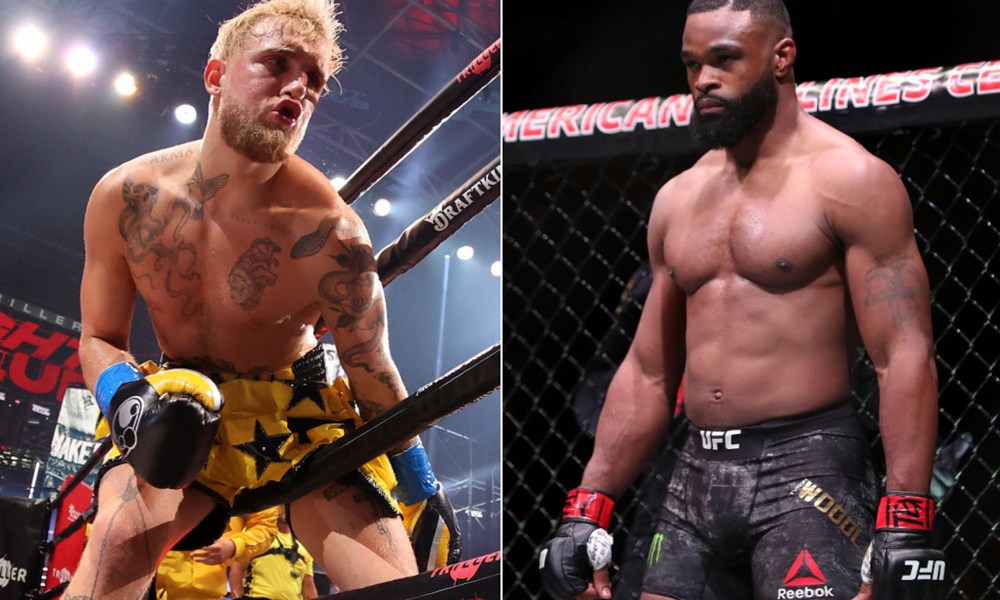 Woodley made his name in the world of mixed martial arts in the 170-pound division. He was known for his tremendous wrestling base and explosive power. While his rise through the ranks was largely due to his grappling ability, he won the welterweight title via knockout against Robbie Lawlor at UFC 201 in 2016. He holds notable KO finishes over Josh Koscheck and Dong Hyun Kim.

The younger of the Paul brothers will box his second straight MMA fighter when he takes on Woodley. Paul is 3-0 as a professional, and he most recently obliterated Woodley’s close friend and training partner, Ben Askren, at a Triller Fight Club boxing event in April. Interestingly enough, Woodley was in the corner of Askren on that night. Also appearing on the card is WBC, WBO, and IBO women’s featherweight titleholder Amanda Serrano. She will take on Yamileth Mercado.

How can I watch Jake Paul vs. Tyron Woodley?